EpiPens on fire trucks have saved four lives, so far 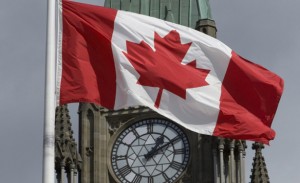 By  Chris Clay from the Mississauga News

MISSISSAUGA — In less than a year, a program that put EpiPens  on all front-line Mississauga Fire and Emergency Services trucks has been directly responsible for saving four lives.

Trevor Shea, a training officer with Mississauga’s fire service, said the EpiPens have been on all 30 front-line fire trucks since May.

EpiPens are used to administer epinephrine to someone suffering an extreme allergic reaction. In some cases, the reaction can be fatal and the injection can open the person’s airways long enough to make it to hospital for emergency treatment.

Shea said there are four examples where, if the trucks didn’t have the devices, people would have died.

The most recent happened two weeks ago where a patient suffered a serious allergic reaction in their home and had to be attended to by firefighters and emergency personnel.

In the fall, a jogger was out running when they were stung by a bee.

Last August, a 30-year-old woman with a fish allergy was exposed to fish was unable to speak or breathe when firefighters arrived.

A 17-year-old girl with a nut allergy was saved last September after she accidently swallowed some nuts while eating ice cream.

In all four cases, the victims lived because of the injections, said Shea.

“If we weren’t able to intervene, all four of the patients would have died,” said Shea. “Their throats were closing up and they had swelling in their airways and, if they had gone untreated any longer, they would have (died).”

Of note, said Shea, is the fact that in three of the four cases the victims had injectors with them and used them but they weren’t enough. Shea said a second dose was administered by arriving firefighters and that was enough to get the victims stabilized for transportation to hospital and further treatment.

Last Wednesday (March 5), the City of Mississauga formally recognized the program with a Customer Service Award as part of the municipality’s Corporate Award of Excellence.

“To date, EpiPens on Mississauga fire trucks have already assisted in saving (multiple) lives, the ultimate in customer service,” said City manager Janice Baker during the award presentation. “There is no doubt the program will continue to save countless lives in the future.”